What is this trade war?

Recently, there has been so much talk on the media about an ongoing trade war between the United States and the People’s Republic of China. Now, before we talk about the ‘How’ and ‘Why’, we need to first understand the ‘What’ and ‘When’. So, the first question is: what is this US-China trade war all about? And the second is; when did it start? The United States made an economic decision on March 8, 2018 to place tariffs – ranging from 10 percent on imported aluminum to 25 percent on steel – on their trading partners around the world. The European Union, Canada, China, and Mexico were affected and they have all responded in kind and implemented retaliatory tariffs on American goods. These tariffs zone in on agricultural, food and beverage products largely because the United States does not export many manufactured goods except for vehicles.

When Did the Trade War Start?

When China’s Commerce Ministry pointed fingers at the United States, claiming that they had launched a trade war and that China was going to respond in kind with similar tariffs for US imports, starting on July 6, 2018; the trade war we now currently witness began in earnest. The administration of President Donald Trump imposed tariffs on $250 billion worth of imported commodities from China, which makes up about half of all imports from China while China has in response declared tariffs on $110 billion of US exports

Another pertinent question is why, of all the affected trading partners, China has become the only country to have a protracted unpleasant exchange with the US. This is because China has more bargaining chips than any other country involved in the trade war. China currently holds $1 trillion worth of U.S. Treasury bonds. If it decides to stop buying new bonds or alternatively lets go of its holdings, it would cause increased yields and put pressure on the American government’s debt load. The Chinese government can also decide to implement tougher policies on U.S. companies who operate in China and hit them with stricter regulations.

How Does This Stand-off Affect Online Business?

These outrageous increase in old tariffs and imposition of new ones spell trouble for all businesses affected by them. 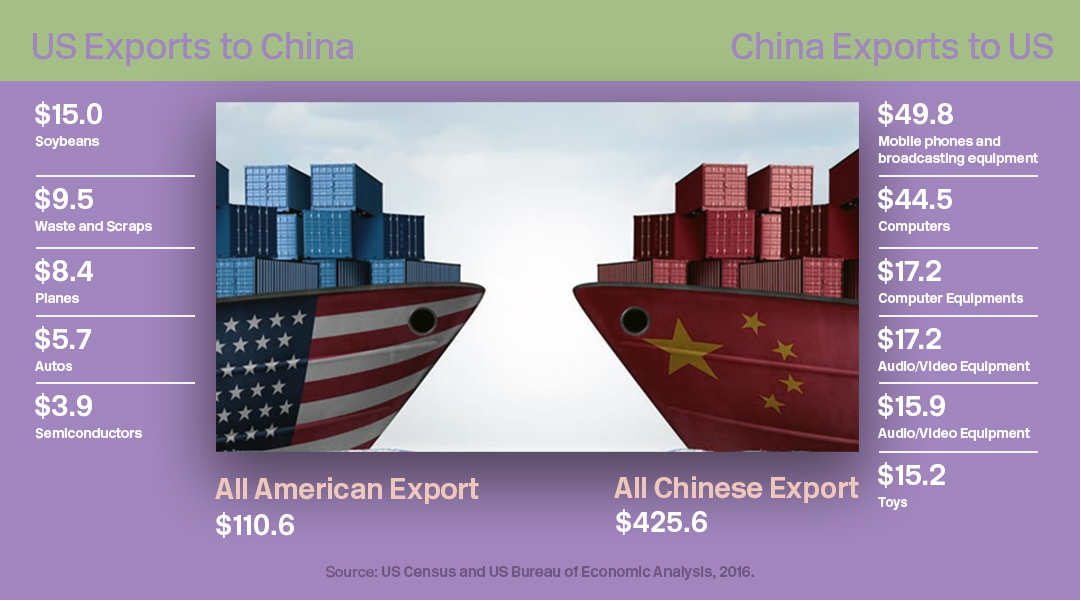 Added tariffs on the imported raw materials needed for production of commodities simply means that production cost will increase. Some people might argue that it will boost local industry, like in the case of the U.S., that’s a possibility. However, the upside is too high to see and the downside is too steep. America’s major export are automobiles and they require a lot of Steel and Aluminum in their manufacturing process. The new tariffs will ultimately make these raw materials to be in shorter supply than usual, thereby increasing the cost of these raw materials even when they are locally acquired. That alongside a high cost of importation puts a lot of pressure on manufactures.

Cross border e-commerce offers a business environment where companies and consumers can easily find each other, regardless of their country. Customers can, with little or no efforts, select from a variety of products based on the quality of the products and the price. Businesses have an opportunity to meet new suppliers as well as new buyers, they can also diversify, thereby reducing their allegiance to a single market. With China being the number one destination of international e-commerce, closely followed by the United States, a trade war between these two will not only take away most of the opportunities offered by cross border e-commerce but the standoff will also cripple cross border e-commerce and even threaten the very foundation of e-commerce all over the world.

The system of organizations, people, resources and activities which are involved in the movement of products and services from supplier to consumer make up the supply chain. The activities of this system involve the transformation of natural resources and raw materials into finished products, delivered to the final consumer. This system takes charge of the entire logistics of a company. Most industries have a complex supply chain. A mobile phone manufactured in Japan might have its part assembled in China or some other part of the world. Likewise, a vehicle whose engine is manufactured in Germany, can have its transmission system from Canada, its GPS from Mexico and finally be assembled in the United States. This supply chain built over the years is very much under threat by this trade war. 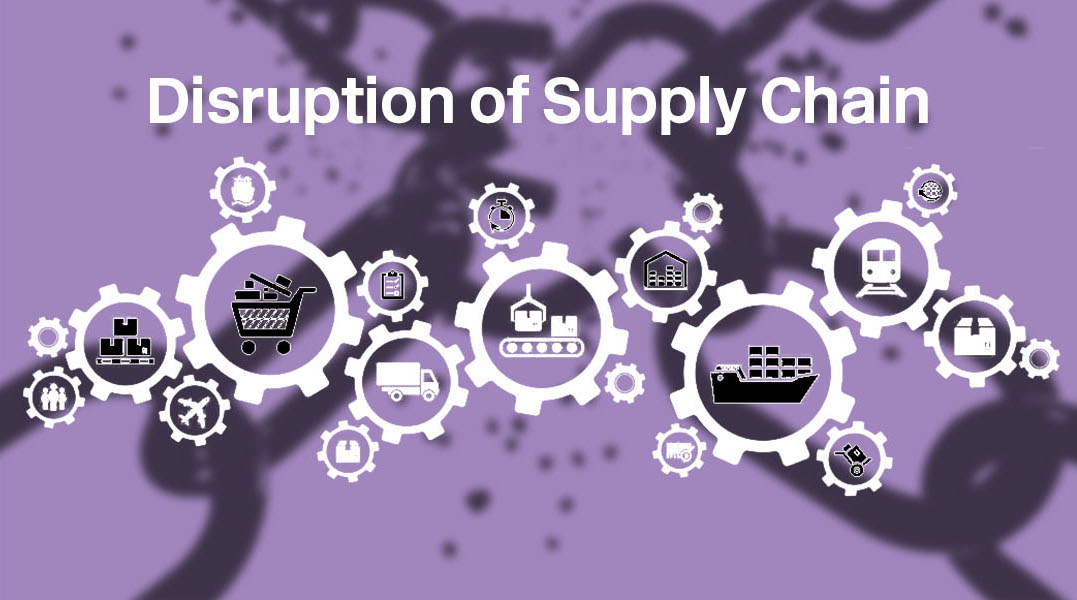 Banks and lenders who facilitate trade both in China and the United states are bracing themselves for a possible hard hit of revenue loss. These financial institutions that mostly provide finance for cross border e-commerce and trade in general have complained of the effect of a drop-in margin, especially in Asia. This is bound to get even worse as the trade dispute between the two biggest economies in the world intensifies. At the moment, there are speculations that Global revenue for trade and finance which includes import and export will take a big plunge in the coming weeks. Consequently, e-commerce financiers in Asia are talking to their clients on the implications of the trade dispute on their wide supply chain and their business in general.

If the Rational Actor Model of decision-making is anything to go by, we can assume that these world leaders and their advisers, involved in this fiery exchange have analyzed all their plausible options and decided that what we currently see is the best political and economic action to take. This here also shows that politics across nations is not so much about the nature of government than it is about the personality of the apex leader. While these two big whigs fight, the rest of the world watches on, every now and then feeling heavy impacts of the tussle. Since the world has turned to the Internet, virtual relations and digitalized processes, much of what the everyday consumer depends on originates from online transactions. The heavy effects will not be felt if there are alternative sources of production and supply. But China has carved a niche for itself in world manufacture and trade, in terms of skilled labour and quality of goods. The US might not easily escape the battle unscathed, while China may secure minimal damages.